I’m in the right place when a vacation includes three separate portrait sessions. This city is thick creative possibility.

Only 6 months to go, until I return.

Goodbye for now, New York. You have felt like the home I didn’t know I had.

Where I have loved. 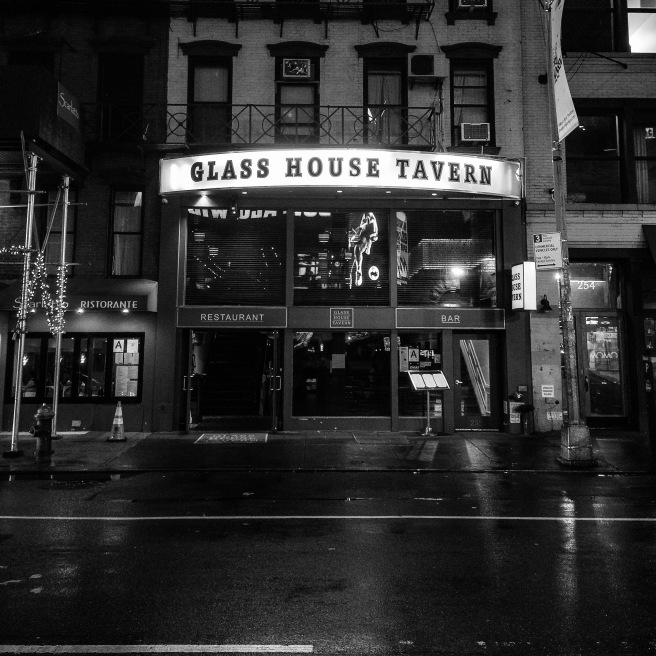 Where I am loving.

Where I will love.

A quick guide to making decisions: (How to know if you’re going to make it)

You know what? I think New York and I will be getting a lot closer, very soon.

I take my work with me on vacation. 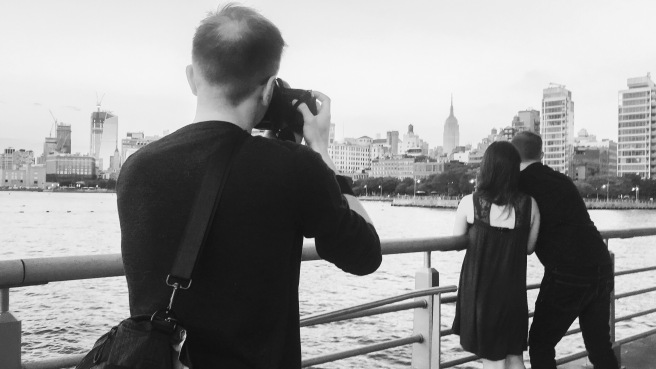 Here brunch is more of a state of mind rather than a meal.

We have arrived in this strange new land. The smell of industry is strong.

The train ride is surprisingly smooth.

I need to get more pants…

I will be jetting off to the big Apple later this morning to see old friends, go new places, and explore new opportunities. For a whole week I get to romp around the city taking pictures, take in the feel of the city. So best as I can, I’m going to write some note, or memo about each day and ideally with a picture attached. This is photo blog after all.

(Disclaimer: This is an opinionated post about my own journey as an artist, and does not intend to bash anyone who’s style resembles the subject matter.) 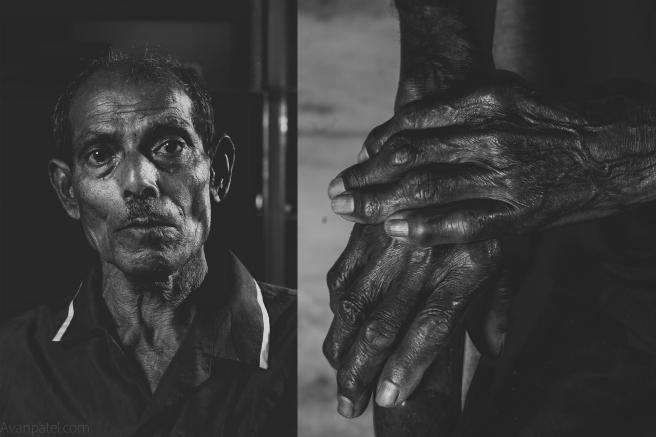 (Top image is the orginal image. Bottom was edited by me. Photograph by Avan Patel)

Filters and presets should to help accentuate your style, not rely on them. Create stronger images and then the presets will just polish them up. No amount of filters can save a boring image.  But the wrong level of adjustment can make an interesting image fall flat. I see an oversaturation of the emphasis on filters, or gear online and to me, loses focus on what I feel is most important.

Im always battling with myself about what I think looks good to me, and what looks good for other people. I’m often so focused on presets and final polished edits. It’s like I can’t escape it. I instantly want to try a trendy style, copy it. Make it my own and potentially find some use for it in my own work.

While stealing is a natural part of the creative process, I’d like to beg the question, at what point is stealing just being lazy instead of being a source of inspiration? Some days I am confidant with my images. They stand out amongst the sea of other images. On good days I see cohesive styling, at least with colors and contrast anyway.  But this perspective weighs the shallow features of the photo more heavily than the content. Lately my focus has been wanting to showcase colors and contrast heavily. To me, they stimulate the senses. They enhance the moment, letting the memory stay vivid forever.

(One of my images taken early this year. Slight faded blacks, giving an even tone throughout the image. Whereas the faded image, mutes the vibrant colors and makes the photo seem two dimensional.)

But then I see an image, that has a eye catching model and background, and their black point (essentially how faded or deep their blacks in the picture are) is way up, faded to all hell. Sure it may look good on a screen and that is because it will only ever end up there. I guess I cater to that as well. I’d say maybe 1 in every 5000 of my pictures may get printed.

Working in a photo print lab though has made me a purist when it comes to immaculate prints. And let me tell you, any fade filtering on an image will show up as washed out or bland on most good quality photo papers, and in my opinion weakening the image. I guess I want to stay true to the rather rigid print requirements just in case but also want to give the most appealing image. And that’s where I am. Stuck in between my past and my present.

Now I’m not exactly sure where the faded fad came into existence. My guess is with the come back of film and the millennial adoption of the medium. Because film is in rather short and expensive supply any CVS roll is usually fine for any teen with their grandparents K1000. They take the shots, get them developed and scanned for the Gram of course. Most often the shots will come out with a grain or faded look which is all the rage these days. I get it. Film is a more demanding medium compared to digital. No instant gratification, only a small (relative to digital) number of shots to available. It is more rigid and thus requires more skill from the photographer to get pleasing results. These days we have it easy. With a click of our trackpad we can slap a near perfect Kodak Portra preset on a picture and BAM! its ready for tumblr or trendy Pintrest board.

So I guess what I am getting at here is that I see this emulated emulsion everywhere. It’s got that nostalgic flavor underneath the surface that people can’t get enough of. We are the most nostalgic generation in a long while after all, so I suppose it’s only natural. Don’t get me wrong, it’s popular because it works. I have experimented with it and have even incorporated a scaled back use within my own retouching. But I have seen and used it to excess far too often.

I have tried to tone down my editing to try and give it a slightly more natural feel. The photographers that I am starting to really learn and look up to don’t rely on these gimmicks for their images to blow us away. They have all the power they need within the frame rather than what’s on top. The subject matter is ALWAYS THE MOST IMPORTANT PART OF A PHOTOGRAPH! Maybe I am at a place where I have been editing the same way for so long that I have forgotten why I edit the way I do. I like the vivid colors, deep blacks and crisp whites but those are just reactionary preferences to those details.

I’m all over the place with this post. So apologies for the half thought out ideas and rambling paragraphs. I think I’ve reached a point where if I don’t post this now, I will edit it into an unreadable garbage fire. If I was able to resonate with you, amazing! If not, that’s awesome too. We don’t all have to agree on everything. I like it better that way. Contrasts of ideas can stir the creative process rather well.

I’d love to hear your thoughts on the Fading Fad in the comments below. Keep your head up and trust your struggle.

Today marks the first day in which I take the next step with my photo business. And what does every successful photography business need? A blog of course!

So I am starting this week off with an introductory  post, to whet your appetites. And away we go!

I have wanted to make photography a major part of my life for quite a while now. Years in fact. I have always basked in the beauty and truth a photograph can show us. How terrible a conflict is, the inner workings of a sacred practice. Hell even be the next big meme. The possibilities with photography are endless and I want to harness some of that endlessness and use it to tell my own story, to project my own vision and truth in the world.

Photography has always been a hobby of mine. Starting as just a fun thing to do to kill time, I found that I could use it to communicate to others. I could express myself through images that I couldn’t in writing or out loud. I was able to channel abstract and complex ideas into a two dimensional space for others to experience as well.

I was basically obsessed with photography, never having my camera too far away from me, and exploring the trails and unknown areas of my surroundings. Photography gave me an outlet to explore the world.

Quickly I found that people will pay you to take photos of them which at the time felt like a scam on them. Sure, I could get an image to look technically proficient, but being that salesman, the counselor, the friend towards people, that confidence in my photographic service is what I lacked then and still am plagued with from time to time now. Whew, run on sentence there. Charging only 20 dollars for headshots is what I started my services at. I had a wide range of potential clients for me to practice on with the extremely reasonable price any broke actor/college students could afford. Over the months I got more confident and had about a dozen shoots under my belt, I began to up my prices, engage with my clients better, and feel like no matter what the situation I knew I was going to get the best images I could.

Im not going to give a whole anthology about my life up till now. That would take much too long.

What I will round it off with is that from basically the beginning of my professional career as a photographer, I have intertwined my love for photography in with my other areas of interest. Whether it be in theatre which I have found a life long passion for as well, or photography, I have found how to express myself through art. I can communicate the important ideas through it. Like, “what really is important?” “How do I show love?” “what gets me excited?”

It’s given me a pathway to traverse this planet. It’s not enough to just look around on my own journey. My own experience, bursts from me, screams out to immortalize a moment. How could I not listen. I have learned to listen to that voice. It has guided me to some of my best work, and if there is any advice that can be taken away from this rambled garbage fire of a post, it’s that there is this creative energy, or emotion, or feeling, or whatever, 6th sense if you will, just below. it’s voice starts as a whisper when you start, but after some time, it will be deafening. Listen to your creative gut.

Rough and dirty is the name of the game for this particular post. Until next time folks.